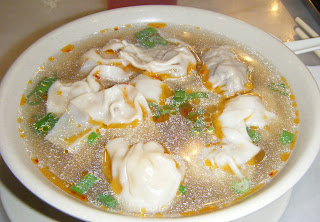 I came back from a conference in Vancouver a couple of weeks ago. It was a great meeting, with lots of interesting science, and Vancouver was a great city to visit. To be in a city and be surrounded by sea and mountains, fantastic! Vancouver is known to have a big Asian population, and there is lots of Chinese, Korean and Japanese shops and restaurants. I've really indulged in great, and cheap, Asian food. In particular lovely soups, like the won ton soup above that I had at Hon's wun tun house in Vancouver's Chinatown, or the udon noodle soup with spicy pork and kimchi below that I had at small Korean restaurant, Donburiya, on Robson street in downtown Vancouver. 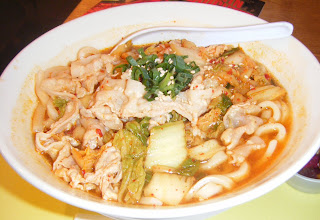 Here is a couple of pictures of beautiful Vancouver, with the view of the mountains from Stanley park and from the harbour and seawalk around the city. 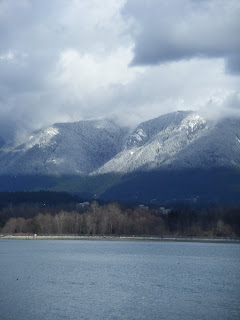 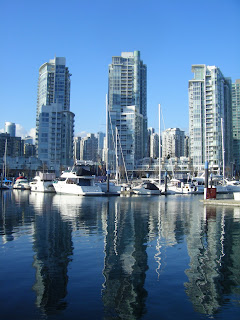 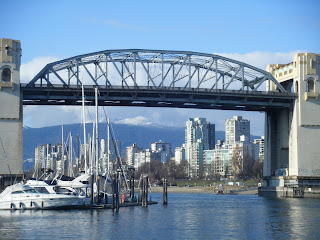 Posted by The hungry Swede aka Saga at 21:39

Email ThisBlogThis!Share to TwitterShare to FacebookShare to Pinterest
Labels: travel